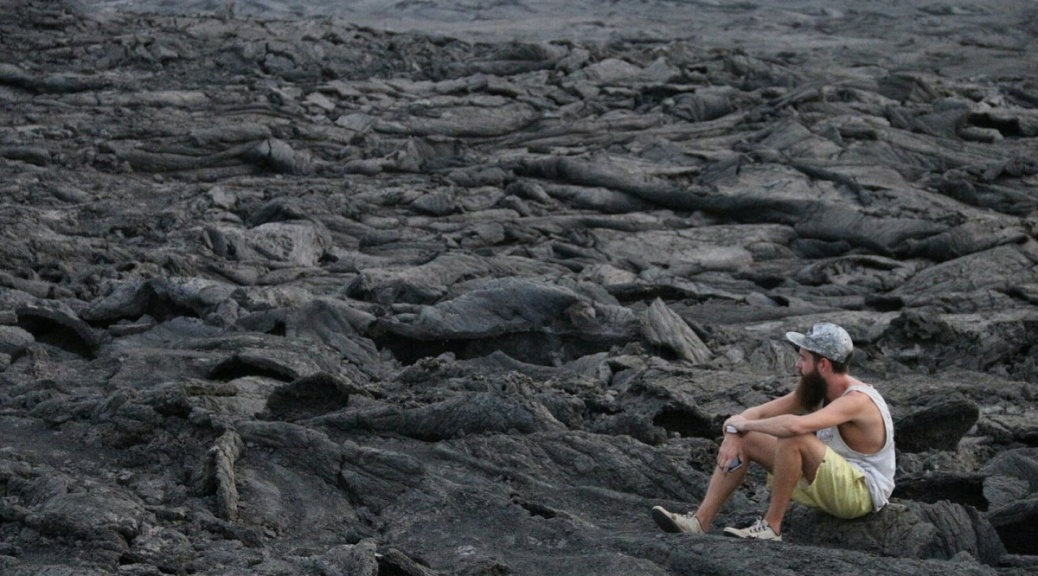 About 5 years ago, when I was in a dead end job that thankfully gave me a computer screen which faced a wall, I’d spend about 93% of my workday fucking around watching YouTube videos. While I was all for wasting this particular company’s time, mama Speed raised an honest boy, so I did eventually feel as though I should do something productive. That something productive was hitting the Random Article button on Wikipedia, because EDUCATION.

I remember stumbling across this particular article about weather extremes which listed the hottest inhabited place on earth. ‘Bloody hell’, I thought to myself, ‘that’s hot’. Gosh, what would fresh faced Fishy have said if he knew that he’d find himself in that exact spot in June of 2017?

The Danakil Depression. A hardcore title for a hardcore place. It’s thus named not because it makes you want to pop the rope necklace on – which it no doubt would after a while – but rather because it is a depression of a more geological nature. Sitting at around 120m below sea level it’s the lowest point on the African continent. But, in an Alanis Morisette-level twist of irony, it was perhaps this young man’s highest point. WOW.

A Lake of Fucking Lava

When I learnt that the world’s only lava lake was situated in the Danakil all I could hear was a bunch of middle aged Australian men asking me ‘hot enough for ya?’ which has always and will always be a heaps funny thing to say. So yeah, the world’s hottest place has a big old bowl of molten rock in the middle of it. The irony continues.

The volcano itself is insane. You can literally walk to the edge of it and stare straight down into the bubbling lava maybe 40 metres below you. While throwing things at anything is inherently satisfying, throwing things at lava turns the fun up to 10.

It’s three hours of hiking each way to get there which I usually wouldn’t advise in the hottest place on earth, but you do it at night (with those brisk overnight lows of 35C) and the sweat-to-reward ratio is exceptional.

Had enough of all this heat? Sucked in. I’m gunna send you to some hot springs and toss in some rotten eggs as well. But because I’m a benevolent man I’m gunna make the whole mess look fucking stunning.

The sulphur hot springs of the Danakil are out of this bloody world. Straight from a sci-fi flick, and a high production value one at that. The sulphur bubbles up to the surface and mixes with the minerals in the surrounding soil to explode the area into colour. You get your reds, your yellows and even your greens. Blue fans, don’t stress – you need only look up.

Even the pong isn’t so bad once you get used to it. You know when you inadvertently fill up your room with stink and then someone wanders in and it knocks them dead? No? Well it’s like that.

‘Wooooooo mining salt – that sounds soooo amazing.’ Well just hold your horses there, friend. Have you heard just how the salt is mined?

Step 2: Walk the camels from the township of Mek’ele to the Danakil salt flats. Allow 7 days.

Step 3: Take the camels onto the salt flats and load them up with 160-200kg worth of salt. Pay the salt miners – who sit out in the blazing sun all day cutting out the mineral from the flats – 13c for every 4.5kg block they give you.

Step 4: Trundle on back to Mek’ele over the course of the next week. If your camels complain then hit them with a stick.

The camel caravans walking over the salt at sunset were pretty majestic, but it was a majesty that served to distract from the impossibly hard work that both the camel men and the salt miners do. Whether you’re walking for two weeks straight with minimal water, or swinging an axe in over 50C heat for 9 hours a day to chop up salt blocks, not one person is taking the piss here. They’re probably the toughest dudes I’ve ever seen. And I own a mirror.

The Danakil Depression is far more than a climatic sideshow freak. It’s actually got a shit tonne to see; you just need an appropriately air conditioned vehicle in which to see it. The discomfort might be very real, but it’s also very temporary.

The memories, however, will last forever.

There might have been fart stuff in there but bloody hell that’s a classy finish.