Medellin. Wow. We’ve been here for five days and there’s just so much to say about it. Never have I been to a place where people’s perceptions are so divorced from reality. The end of last century was hell for Medellin but the progress that’s been made in the last 20 years and the city that it has become and the people that populate it are truly remarkable.

The free walking tour is a must for everyone who visits Medellin (pronounced Med-eh-jzin, where the ‘jz’ sound is like when that guy from Queer Eye For The Straight Guy wants to ‘jush’ someone’s hair). They take you to the downtown area where most people would tell you not to go. Best of all they explain “why your parents are freaking out that you’re here, but why there is no need to worry”.

Colombia has a very complex political history which led to ole Pablo Escobar and his cartel buddies running rampant all over Medellin which I can’t even begin to explain. The over-simplification is that there was a civil war raging between conservative and liberal guerrilla armies for the last half of the 20th century; therefore there were lots of people with guns kicking around that were more than happy to do Pablo’s dirty work in exchange for a few pesos. By the end of the 80s he pretty much had control over the whole country. 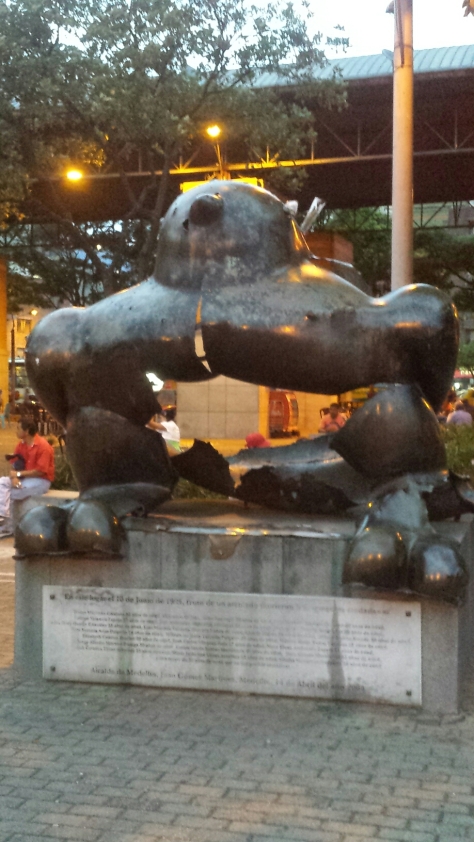 In the early 1990s Medellin was the most dangerous place in the world with nearly 7000 murders in 1991. Hernán, our tour guide, remembers catching a bus to school and seeing entire buildings which had been bombed the night before. Children would be sent off to school and the parents wouldn’t even be sure if they’d see them again. Kidnapping was par for the course – tourists were prime targets because their countries’ governments could be bribed for more money. With that kind of shit going on Colombia, and Medellin in particular, deserved the international reputation it got.

But that was in the 1990s. In the early 1990s you couldn’t go to New York without getting mugged and yet no one freaked out when Fish and I said we were going to the Big Apple. 20 years ago Brixton was less than salubrious and now it’s a trendy place for young people to party if not move to. So why does everyone still assume we’re going to get kidnapped/robbed/stabbed in Medellin? I don’t have the answer to this, but I suspect it’s got something to do with the War On Drugs – poor Colombia is blamed because they’ve got the supply, yet basic economics would tell you that it’s the demand which is the driving force. The other element is that tourism is only just starting to take off so there hasn’t been enough people going back to their home countries to tell people how beautiful, safe and friendly Colombia is.

The city began transforming in the late 1990s with the help of an iron-fisted president and a brave mayor with a very civic approach. This mayor claimed back public spaces that had become over-run with criminals, where regular residents would never dare go, and overhauled them. The central square for prostitutes, drug-dealers, and hit men was cleaned up and now hundreds of pillars are planted around which are beacons of light at night. Around the square the historic buildings have been converted into a library and cultural centre. Escalators were installed in the poorest neighbourhoods where people would normally have to walk up 300 steps to their house. A metro system was constructed – the first in all of Colombia – which includes a cable car (exactly like the ones on ski mountains) up the hill of those poor suburbs – the first commuter cable car in the world. The striking thing about all of this infrastructure is the way the residents interact with it. It is so apparent that they’ve very recently lived through hell and they take nothing for granted. The metro train is unlike any I’ve ever seen in the world because it’s 20 years old and has not even so much as a scratch on it. The people are so grateful to have that metro system they practically worship it. Every ‘park’ Fish and I visited (they use the words ‘park’ and ‘square’ interchangeably, quite often there won’t be a single green thing in a ‘park’) was filled with people enjoying it. El Poblado- the touristy area and centre of nightlife – is gorgeous and surprisingly cosmopolitan. The streets are lined with enormous leafy trees and there are bars, boutiques, restaurants and cafes for about ten blocks around the main park, Park Lleras. It’s a really hip area, like, sushi bars and succulents-in-cute-pots level of hip. 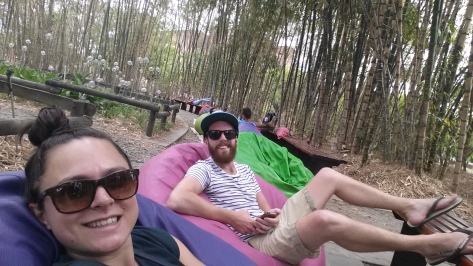 As a crowd of 30 gringos on a walking tour through the heart of the city we stuck out like dogs balls. Locals would gather around as well despite not speaking a lick of English. They were just so interested as to why we were there. And appreciative of the fact that we had bothered to come. Once an older local man who may or may not have showered in the last week stood right next to Hernán the whole time he was talking, nodding along to everything he was saying. When Hernán had finished and we were about to walk on to the next place, this local grabbed at his arm and rattled off something in Spanish. Hernan stopped and announced to us, whilst Old Mate stood grinning widely next to him, “this guy just wants me to tell you that you’re all very welcome here”.

I found it very interesting that Hernán would make us stand in very close so no locals could weasel in whenever he was about to reference something bad which had happened during Escobar’s reign. People from Medellin are very ashamed of that part of their history. Even Hernán wouldn’t say Pablo Escobar’s name and wouldn’t talk about him directly unless he was asked. There are plenty of tours you can do that are solely about the guy, but we felt uncomfortable supporting them. We heard that they weren’t very good, that they glorified him – made him out to be a Robin Hood type figure. When you’re making $50 million per day I’d imagine that you would have some spare change to give to the people in the slums. The most interesting thing I learned from people who’d done the tour was that he didn’t use banks and spent $1000 every week on rubber bands to tie up bundles of cash. And 10% of his income was written off due to being nibbled by rats.

Of course, Medellin still has its troubles and it’s not all a Utopia. The unemployment rate is about 17% and there were a lot of drunk old men passed out on the steps in the town centre. Down the left side of every church (not sure why it’s always the left side, but it is) you can find a lady (or lady-boy) to take to a nearby hotel room which you can rent by the hour, or if there are none that take your fancy you can pick up any number of hard-core porn dvds from the stalls that line the street. But as a tourist I never, ever felt unsafe. The guerrilla armies are all but dissipated and the few that are still active are in select rural areas near the Venezuelan borders. 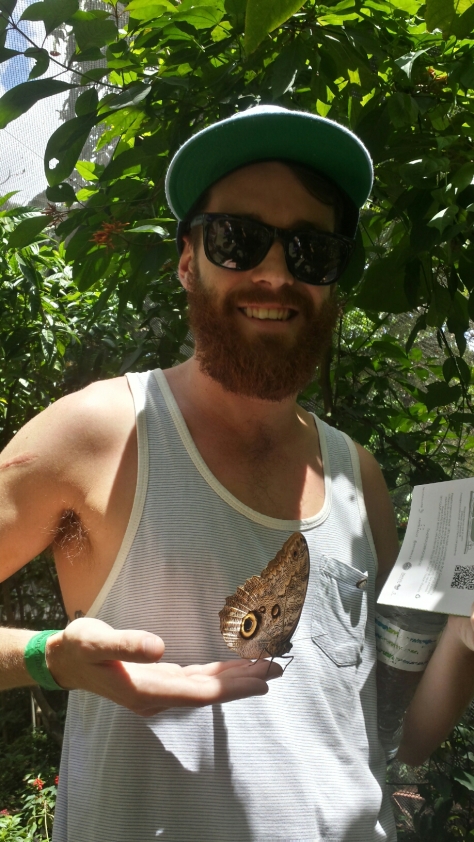 I had such a fantastic time in Medellin and was so impressed with what it’s like now compared to how it was. I feel like it’s a personal mission to do some international PR for Colombia and tell the world how beautiful, safe and welcoming it is. It’s becoming an essential leg of the Gringo Trail – the backpackers have discovered its glory. I’m sure it won’t be too long before the rest of the travel and tourism world joins in. And Dad, stop sneering about how it’s the Drug Capital – I’ve seen more lines racked up at house parties in south west London.