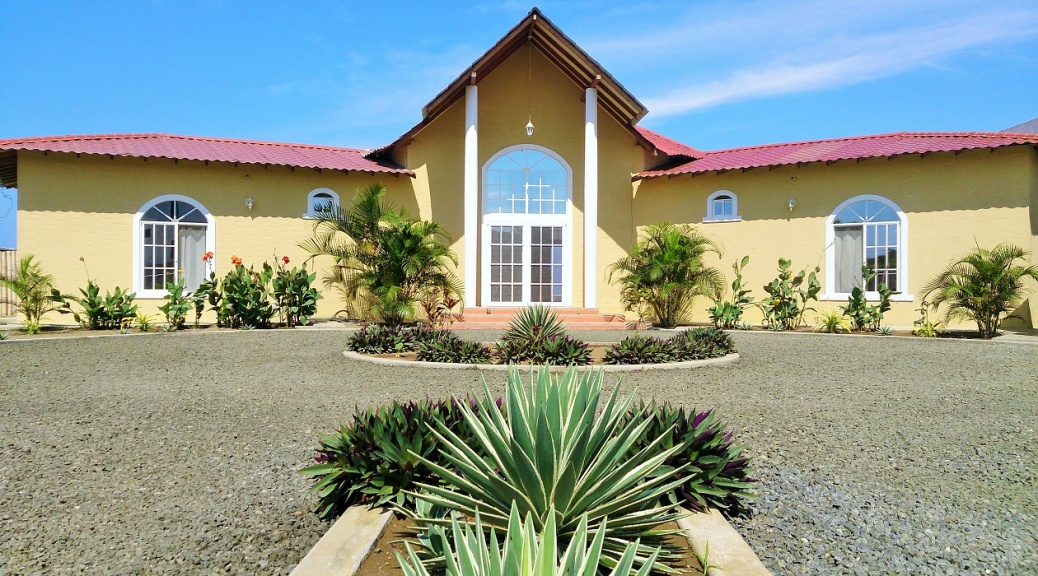 Siz and I have spent the last few weeks volunteering in exchange for a free stay in the little town of Puerto Cayo, Ecuador, which is home to a sliver of beach that is piled high with aging American pensioners who thought that spending $13,000 on a beachfront property was worth leaving behind everything you know. And all power to them.

As it happened, despite the WorkAway.com profile suggesting that we were going to be helping a retired Canadian couple with the upkeep of their humble abode, we actually rocked up to a house with two permanent volunteers (Aussie Claire and Cuban partner Yasser) and one permanent American caretaker, Mike. The Canadians, it seems, are still waiting patiently for the right pension plan.

The last few weeks have been interesting. It’s been said more than once that if you’ve got nothing nice to say, don’t say anything at all. That would make this article rather short. So, in the spirit of that old primary school classic ‘opposite day’, if you so please, take the dark from the following story’s light.

Mike is a wonderful old man who cares deeply about every other human on the planet. He is the least ‘American’ American we’ve both ever come across, and in fact, we both presumed this degree of un-American-ness was made up for a laugh.

Mike really loves Barack Obama, and he definitely doesn’t believe that Barack is an undercover Muslim, nor would Mike have left the country and moved to Ecuador because said ‘undercover Muslim’ was in power.

Mike also really loves Ecuador and its people. This was certainly the case when an Ecuadorian got his car bogged on the beach outside our house with the tide quickly rising, when Mike quickly helped, instead of sitting in his chair grinning and saying ‘Ecuadorians are stupid’ like a raging dick might’ve done.

He can definitely speak more than two words in Spanish, because who would live in a Spanish speaking country for 2 years and not learn a word? Mike unquestionably does not expect every Ecuadorian to learn English for his benefit.

Mike hates guns. He surely has never used one, and there is certainly no chance that he has one at the house in the kitchen under the microwave, because a blackmarket-bought gun in a kitchen in Ecuador would be terribly illegal. He has a firm belief that, as Ghandi proved, non-violence is far more effective than putting bullet holes in things.

One morning, the police came to our humble abode. Being the decent man he is, I can guarantee that Mike didn’t hide down the side of the house while he sent us out to talk to them. It turns out that there was an incident during the night in which a neighbour backed over one of our front shrubs, which resulted in Mike keeping his cool and definitely not running inside to grab his non-existent gun.

Mike, with his perfect Spanish, didn’t use us volunteers to explain his side of the story. And obviously, the fact that the gun couldn’t possibly exist, we certainly weren’t, as non-translators, put in a situation where we had to lie to the police.

Having not had to lie to the police, Siz and I slept sound and couldn’t have been happier with our choice in a volunteer position. We surely did not go to the police station later and rectify the telling of a lie that was obviously never told.

Moreover, we also had not made plans to move to a different volunteer job down the road, because that would have meant leaving Mike, who, as you might have gathered, is a genuinely terrific dude.

OKAY. So if that is as difficult and confusing to read as it was to write, I’ve done my job. Take from it what you will, but know that we are tracking just dandily and are better for whatever experience may or may not have occurred.

2 thoughts on “We Need To Talk About Mike”